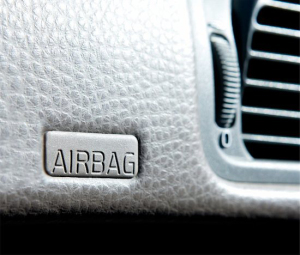 Almost 20% of the cars and trucks on the road today have been the subject of a safety recall, making this the worst year in history for U.S. car makers.(1) Recalls have been issued for more than 50 million vehicles this year, surpassing the previous record of 30 million vehicle recalls in 2004. Despite these numbers, about one-third of drivers are said to ignore the recall notices they receive, an indication that the current warning system is not as effective as federal regulators would like.(2)

The most recent recall involves defective airbags manufactured by the Japanese firm, Takata, and this recall affects about 14 million cars from 11 manufacturers worldwide.(2) In this country alone, almost 8 million vehicles from 9 manufacturers already have been recalled for this issue. Currently, recall efforts have been concentrated in the warmer, more humid regions because those climate conditions are thought to aggravate the problem; there is pressure, however, expand the recall to all affected vehicles nationwide.(4)

This latest recall has been especially troubling as it involves a major safety feature of the vehicles. The airbags, which are intended to protect passengers in the event of an accident, either are not expanding correctly upon impact or exploding. It is believed the propellant in these airbags, which is designed to burn and produce the gas that causes the airbags to inflate, is too strong. As a result, the container can rupture, flinging metal fragments into the car, injuring or killing passengers.(2)

Because of the seriousness of this defect, federal regulators have been urging vehicle owners to take immediate action. Currently, however, there are not enough parts available to repair all impacted vehicles. Some manufacturers are offering to deactivate the airbags and post a warning sign in the vehicle to remind people not to use the front passenger seat until the airbags can be repaired,(1) a solution that is impractical for many. Temporary solutions, such as this, lead to consumer frustration.

One of the reasons behind the rise in recalls may be that federal prosecutors are holding auto makers more accountable for injuries resulting from defects in their vehicles. Earlier this year, Toyota was fined $1.2 billion dollars for its shortcomings in connection with a recall of 10 million of its vehicles. Examples such as this could possibly encourage other auto manufacturers to be more forthcoming in announcing recalls.(1)

Once the recalls are announced, however, there are other obstacles that may discourage motorists from taking action. A big problem is the unavailability of parts needed for repairs, as is the case with the airbag recall. Other problems occur when:

All of these issues can cause some motorists to ignore recall notices. This year another problem has surfaced. There were about 544 separate recalls announced this year alone, which averages out to almost two recalls a day. With so many recalls, drivers are becoming numb or immune to the news and, in some cases, confused over which recalls they have checked and which they haven’t.(1)

The National Highway Traffic Safety Administration, the agency that deals with vehicle recalls, says it gets about 600 motor vehicle recalls a year, along with 20 tire recalls and 8 car seat recalls; this information is listed on its website. Consumers can sign up to receive notification of recalls of specific vehicles or get weekly summaries of all recalls via email. Consumers can also check their vehicle manufacturer’s website for information.(5)