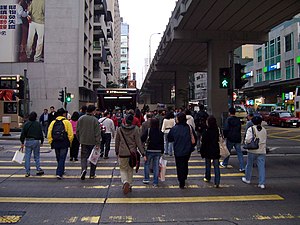 At least one Hunterdon County town is taking a stronger stand against motorists who fail to yield to pedestrians, and this action is bringing to light the responsibilities not only of drivers but of pedestrians as well. (1) If you have been involved in a pedestrian traffic accident, contact the Hunterdon County personal injury attorneys at Ragland Law Firm.

Recently it was reported that police in the Borough of Flemington would be taking a harder look at drivers who fail to yield to pedestrians in an effort to make the Borough’s streets safer, especially for children walking to and from school. Initially police would issue warnings to remind drivers of the State law and the consequences for ignoring that law. The warnings would be followed by tickets. (1) Similar actions are being taken further south in Atlantic Highlands, NJ where police recently acquired a grant from the New Jersey Division of Highway Traffic Safety to be used for the education and enforcement of pedestrian safety measures. (2)

According to New Jersey State law, drivers who fail to yield to pedestrians could face a fine of $200, two points on their driver’s license and/or 15 days of community service. Additionally, surcharges could be added to automobile insurance premiums. (3)

Vehicle vs. pedestrian accidents are not unique to Flemington; they can and do occur across Hunterdon County. In fact, the Hunterdon Democrat recently reported on a pedestrian vs. vehicle accident near the Clinton House restaurant in Clinton. (4) A look at recent census numbers, however, showed that about 39% of the accidents in Hunterdon County that involved bicycles or pedestrians occurred in the Flemington/Raritan vicinity, where a large portion of the population depends on walking or biking to get around. (3)

While the current police attention is focusing on drivers who ignore laws regarding pedestrians, it has been noted that pedestrians also carry some responsibility for their safety. The National Highway and Traffic Safety Administration (NHTSA) reported that approximately 41% of pedestrians who died as a result of being hit by a motor vehicle had levels of alcohol present in their blood. Other activities commonly associated with distracted driving, such as talking or texting on cell phones, also pose dangers when pedestrians engage in them, according to the NHTSA. (1)

Crossing roadways safely is largely a matter of common sense. However, the same State laws that govern drivers’ responsibilities for pedestrians, also covers the pedestrians’ responsibilities. According to the law, pedestrians are required to obey all traffic signals and use crosswalks where they exist. Failure to do so could result in a jaywalking fine of $54, not to mention putting safety and perhaps lives at risk. (3)

If you are involved in a motor vehicle accident in Hunterdon County, either as a driver or a pedestrian, the personal injury attorneys at Ragland Law Firm will protect your rights. Contact Ragland Law Firm for assistance.