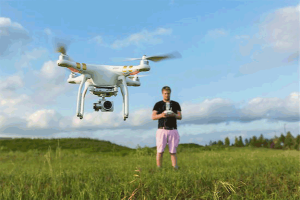 Did you receive a drone as a gift this holiday season or perhaps purchase one for someone on your gift list? If so, you should be aware of new regulations recently announced by the Federal Aviation Administration (FAA) affecting many recreational drone operators.

Officials are concerned that the increased, unregulated use of drones poses a risk of serious injury resulting from accidents with other aircraft. According to a report issued by Bard College’s Center for the Study of the Drone, there were 327 “close encounters” between drones and manned aircraft reported between December 2013 and September 2015. The majority of these incidents met the FAA’s definition of “close encounters,” which means two aircraft were flying within 500 feet of each other at some point. Additionally, most of the reported incidents took place in areas where drones are prohibited by the FAA. The Consumer Electronics Association predicted that sales of drones for 2015 would be somewhere in the neighborhood of 700,000, with a large number of sales occurring during the holiday season. With more drones in the air, the near-miss incidents can only be expected to increase.

In an effort to cut down on the dangers drones pose to manned aircraft, the FAA is now requiring that drones over a certain weight be registered with the federal government and that recreational users follow certain operating guidelines. For details on the new regulations, read US News & World Report’s story, “Toy Drones Must Be Registered With the Government.”