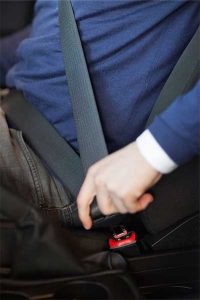 There’s truth behind the slogan, ‘Seat Belts Save Lives.’ In fact, last year alone seat belts were credited with saving some 14,000 lives. At the same time, however, these safety harnesses can contribute to the injuries drivers and passengers suffer as a result of motor vehicle accidents.

Part of the problem, according to researchers, is that seat belts essentially are designed to restrain middle-aged males, and the force they use could be too strong for smaller passengers, particularly women and older people. While these researchers encourage all drivers and passengers to continue using seat belts, there is one professor at Ohio State University’s School of Medicine, on a crusade to see improvements that would allow seat belts to adjust to the individual person. To learn more, read “When seat belts pose a safety hazard.”