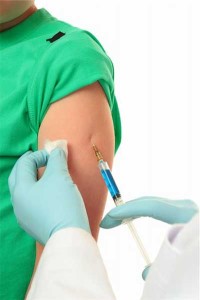 Please note: The company named in the lawsuit has been corrected to TotalWellness not Otsuka America Pharmaceuticals as previously reported; we apologize for the error.

In an effort to maintain a healthy environment, companies often offer free flu clinics for employees who opt to take advantage of the service. What happens, however, when things go wrong and employees are instead exposed to potential risks of contamination?

A Robbinsville, NJ couple recently filed a lawsuit against TotalWellness, a Nebraska-based firm retained to run a flu clinic for employees of Otsuka America. The nurse hired by TotalWellness to administer the vaccines to the employees allegedly failed to follow proper procedure.

In their lawsuit, the couple claim emotional distress over having to wait six months for results of blood tests to determine whether an equipment mishap had exposed flu clinic participants to any blood-borne diseases, such as hepatitis and HIV.

According to reports, 67 employees had signed up for the clinic, but only two syringes had been provided and those syringes were the type used for administering insulin, not vaccines. Despite having the wrong equipment, the nurse proceeded with the clinic until one employee questioned the breach in protocol. The State Health Department was brought in and determined that, although reportedly the needles were swapped out and the syringes were sterilized between each patient, there was a “slight possibility” that employees may have been exposed to blood transfers. The Health Department ordered free testing for those who participated in the clinic. However, it could take up to six months for any blood-borne diseases to appear. To learn more about this case, read  “First lawsuit filed over bungled flu shots.”