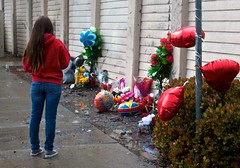 Now that the holiday season is upon us, people find many reasons for celebration – office parties, get-togethers with old friends or distant relatives, family gatherings. Whatever the cause for your celebration, failure to heed the warning to not drink and drive could prove costly.

– An 18-year-old East Amwell youth was stopped on Route 523 on November 19 and charged with DUI as well as being underage and not maintaining the lights on his car. (2)

– On Thanksgiving Day, a Tabernacle man was charged with drunk driving after arriving at the Westampton police station to pick up his friend — who had also been charged with a DUI. (3)

– Earlier this week, a Dover man was charged with driving while intoxicated, among other things, after crashing a car twice in the span of ten minutes. (4)

In an effort to bring more public attention to the seriousness of driving under the influence, December has been designated National Drunk and Drugged Driving Prevention Month. During this period, Mothers Against Drunk Drivers (MADD) is urging drivers to promise to drive sober and demonstrate their promise by displaying a decal in their car window or tying a red ribbon on their antennas. (3)

MADD also offers tips for a safe holiday season. Topping the list of advice is to have a designated driver even before the party begins. If you are hosting the party, never serve alcohol to minors; have non-alcoholic options available for your guests; and quit serving alcohol at least one hour before your party is scheduled to end. (3)

Penalties for drunk driving in New Jersey increase according to the number of offenses. First-time offenders face fines between $300 and $500, while repeat offenders face fines of up to $1,000. This is in addition to other costs which could include all or some of the following: surcharges, towing fees, bail, court costs and other legal fees, and increased insurance premiums. On top of this, drunk drivers face the possibility of license suspension. (5)

All of this pales, however, when compared to the potential for risk to health and safety. According to the National Highway Traffic Safety Administration, drunk driving accidents claim 28 lives each day. For 2010, the Administration reported 211 child deaths due to DUI-related crashes; of those 131 children were passengers in cars driven by someone under the influence. (3)

Drunk or drugged driving is not taken lightly in New Jersey as evidenced by the stiff penalties imposed. Do not take the selection of an attorney to represent you for such a charge lightly either. If you or someone you know needs assistance with a DUI charge, contact the personal injury attorneys specializing in DUI/DWI at Ragland Law Firm on Route 22 in Lebanon, NJ.