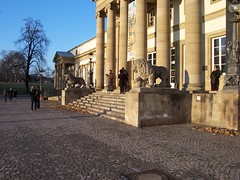 Earlier this month, a $4.2 million settlement of a lawsuit against the Ramsey School District by the family of a former student who was left paralyzed as a result of a bullying incident was announced. This settlement is thought to be the largest yet in a personal injury lawsuit involving bullying. (1) If, after reading the following, you need the assistance of a Hunterdon County lawyer with a similar situation, contact the personal injury attorneys at Ragland Law Firm in Lebanon, N.J.

Back in 2006, Sawyer Rosenstein, then 12, reportedly was punched in the stomach by classmate Kenneth Major. Later that day, Rosenstein complained of back pain and, two days later, he was brought to the hospital in excruciating pain. A blood clot had formed interrupting blood flow to the spine. Despite several surgeries, Rosenstein has been left permanently paralyzed from the waist down. (2)

According to the lawsuit, Rosenstein had reported previous incidents of physical and verbal harassment by Major to school administrators. Faculty members also reported some bullying behaviors. In addition, Major allegedly harassed others at the school. (1)

In the lawsuit, the Rosensteins claimed the school failed to take necessary measures that may have prevented the incident that left their son paralyzed. It was noted the school had not kept records of previous reports of bullying and did not impose escalating disciplinary actions for the repeated behaviors. The school, it was claimed, also failed to appoint anyone to coordinate its anti-bullying efforts as required by State law. (1)

Since 2002, New Jersey has had a law requiring all school districts to adopt anti-bullying policies designed to prevent acts of intimidation, harassment or bullying on school property, including school buses, as well as at school-sponsored events both on and off-campus. That law was amended in 2007 to include “electronic communications,” such as cell phone messaging and internet postings aimed at intimidating or harassing others. Just last year the State went one step further and adopted the Anti-Bullying Bill of Rights Act, which has been called the strictest law of its kind in the country. This Act requires schools to, among other things, develop prevention programs, provide training for their personnel and take timely investigative action on all reported bullying incidents. (1)

In announcing the settlement, the Ramsey School District did not admit fault or liability in the aforementioned incident, explaining it was the district’s insurance company that agreed to and will pay the settlement. The district contends that its policies exceed the State’s criteria for fighting bullying. (3)

A separate lawsuit against Major had been settled previously under confidential terms. (3)

If you or someone you know needs assistance with a bullying incident, contact Ragland Law Firm’s personal injury lawyers located on Route 22 West in Lebanon, N.J.