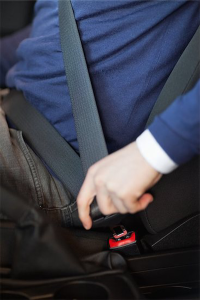 It has been more than 30 years since the first law requiring motor vehicle occupants to wear seat belts was adopted in New York. Since that time, efforts to enforce laws like this throughout the country have been stepped up as our roadways have become more congested. But some are now questioning whether the very same safety feature designed to save lives is to blame for causing severe injuries in some cases.

Originally, seat belts were designed to “catch” on impact keeping both drivers and passengers close to their seats to avoid injuries from hitting the steering wheel, dashboard or windshield. Accident victims, however, were suffering from damaged organs and broken ribs thought to be caused by the tightening seat belts. About ten years ago, the design was changed to allow seat belts to spool out in a crash, leaving the cars’ airbags to cushion the impact. While studies credit this new technology with saving lives, experts say that under certain circumstances the slackening seat belts may be leading to more severe injuries. An investigation by the NBC News I-Team takes a look at these allegations. For more details, see the article, “I-Team: Seat Belt Technology Designed to Improve Safety Blamed for Some Severe Injuries,” by Ann Givens, Pei-Sze Cheng, and Evan Stulberger.