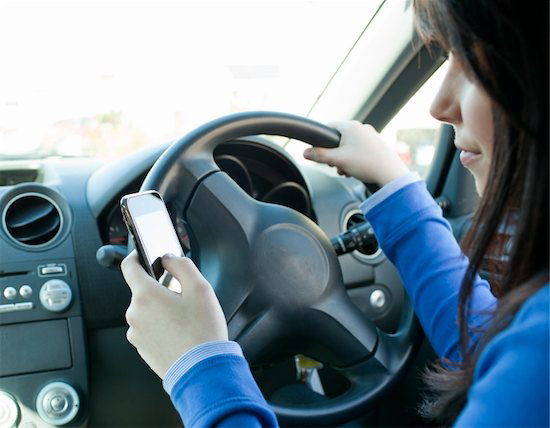 By now, most New Jersey drivers are aware of the stiff penalties associated with texting and driving, particularly if that action results in an accident. What they might not know is that you don’t even need to be in the car to be held liable.

August 27, 2013, a New Jersey appeals court determined that a person who texts another person with reasonable knowledge the intended recipient of the text would be driving and would read the text immediately can be held liable if an accident occurs as a result of that action. (1) The court likened the sender of the text to a passenger in the car, albeit a virtual one, saying that just as a passenger has a responsibility to not distract the driver, so does the sender of the text. (2)

This decision resulted from a 2009 accident we reported on in an earlier blog (“When an Accident Results from Distracted Driving Are Both Parties to the Text Responsible?” May 7, 2012). The case involved a New Jersey couple, David and Linda Kubert, each of whom lost a leg when their motorcycle was hit by a car driven by Kyle Best, who was 19 at the time. Investigation of the accident determined that just moments before losing control of his car, Best received and responded to a text message from his friend, Shannon Colonna, 17. (2)

Best, who pleaded guilty to reckless driving, was fined $775 and ordered to talk about the dangers of distracted driving to 14 high school audiences. He was allowed to keep his license without suspension. (3) The injured couple pursued a case against Best and the friend who was responsible for sending the message. They settled their case against Best for $500,000, the maximum allowed by his insurance policy, but the case against Colonna proceeded to court, where it was eventually heard and dismissed by the appeals court. (2)

The appeals court explained its decision to dismiss by citing the couple’s failure to provide evidence that Colonna did, in fact, know Best would read her text while driving.(4) The court, however, did allow it could be possible for a person sending a text to share accountability if that text resulted in an accident. The court noted that a person has an obligation to hold off sending a text when they know the intended recipient is driving and would most likely read the message immediately.(1) The burden of proof in future cases, however, would be in showing that the sender of the text had actual knowledge the intended recipient would be behind the wheel and would read the text as it was received rather than wait until a safer time when he or she had stopped the car.

This case is also partially credited with New Jersey’s recent increase in penalties for distracted driving. A new bill titled “Kulesh, Kubert and Bolis’ Law” was unanimously passed by the State Legislature and signed on July 18 by Gov. Christie. Named after the injured couple in this case and two other people who died as a result of accidents believed to have been caused by cell phone use, the bill increases fines and penalties for texting or using a hand-held cell phone. Those penalties now range from $200 (increased from $100) for first and second offenses to as high as $600 and a license suspension of 90 days for third offenses. (2)