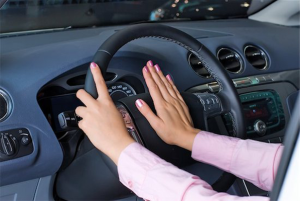 Aggressive driving takes on many forms. It can be exhibited by excessive speed, tailgating, failure to signal, unsafe lane changes, illegal passing, and other dangerous driving behaviors. Often aggressive driving starts out as a driver trying to make up time, but this behavior could very easily result in a motor vehicle accident. What’s more, aggressive driving could lead to road rage – a situation in which one driver overreacts and deliberately seeks retaliation on another.

According to statistics, a majority of New Jersey drivers view aggressive driving as a real threat to their safety and to the safety of their families. In an effort to cut down on this risk, Gov. Chris Christie recently signed a new law that would add the dangers of aggressive driving to New Jersey’s new driver training program. For details, read Mike Davis’ recent article, “N.J. law aggressive driving education is inspired by teen paralyzed in road rage crash.”