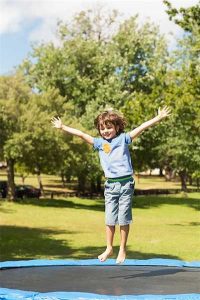 A New Jersey appellate court recently ruled that a lawsuit brought against Sky Zone Trampoline Park by a family whose son was injured while engaged in an activity at the park can proceed despite the fact that the family had signed a waiver prior to the start of the activity.

Waivers of this type are common with commercially-run activities that are subject to potential injury. These waivers seek to preclude participants from holding the operating company responsible for any injuries incurred in the normal course of the activity in question.