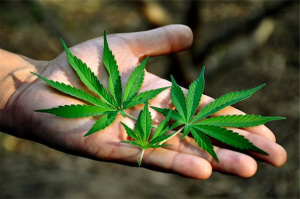 Drivers know that it is illegal to drive under the influence (DUI) or to drive while intoxicated (DWI) no matter where in this country they are travelling. In New Jersey, as in most states, the legal limit is a blood alcohol concentration of 0.08. Driving with a blood alcohol concentration higher than that can lead to serious penalties. These stiff penalties, coupled with anti-drunk driving campaigns, seem to have had a positive impact; in fact, recent data shows that drunk driving is on the decline in the U.S. Unfortunately, the opposite seems to be true for driving under the influence of marijuana.

The National Highway Traffic Safety Administration recently released results of a survey of drivers travelling on weekend nights. The survey showed that while 8.3% of the drivers questioned had some traces of alcohol in their system, 12.6% were positive for THC, up from 8.6% in 2007. THC is the primary ingredient in marijuana. In light of this trend, researchers now are considering whether or not a legal limit for marijuana use, much like the legal limit for alcohol consumption, can be established and, if so, how. Details of this research conducted by the National Institute on Drug Abuse can be found in the Time magazine article, “How Much Does Marijuana Impact Your Driving?”