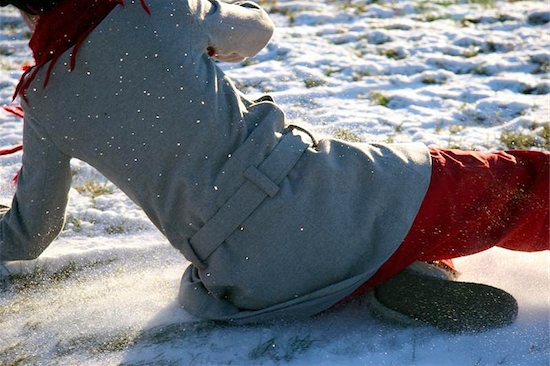 An icy parking lot has cost the Extended Stays America Hotel in Piscataway, NJ $1.35 million. That was the jury award in a suit brought against the hotel by a 64-year-old woman who was injured after she fell in the parking lot coming to the aid of another resident who also had slipped on the ice.(1)

The incident occurred in January 2010 when Ruth Janiszak heard cries for help from another hotel resident. Ms. Janiszak ventured out into the parking lot to help the other woman get back to her apartment in the hotel. When that woman realized she had left her car keys in the parking lot, Ms. Janiszak returned to the lot to retrieve them, which is when she herself slipped on the ice. The fall aggravated a minor back problem Ms. Janiszak was suffering, resulting in her being required to undergo major surgery. Per reports, Ms. Janiszak continues to be plagued by mobility issues.(1)

According to the lawsuit, freezing rain had begun falling about two hours prior to the incident in which Ms. Janiszak was injured and the surface of the hotel’s parking lot had not yet been treated, thus creating a hazardous situation.(1)

The law holds property owners responsible for maintaining both the interior and exterior of their property for the safety of those using it. That means keeping the grounds clear of debris, including ice and snow in the winter months, and repairing walkways and stairs to remove any tripping obstacles. Under the law, property owners must make reasonable efforts to make their properties risk-free, otherwise they could be held liable for injuries incurred on their property. For commercial property owners, this responsibility increases. Businesses have an obligation to make reasonable efforts to maintain safe properties.(2)

It is important to note, however, that the mere existence of snow and/or ice on a public access is not reason enough to assume the property owner is liable for any injuries incurred on the property. Property owners can be found liable if it can be shown that they were either careless or negligent in their efforts to keep the property in question free from hazardous risks.(2)

In the case mentioned above, freezing rain was falling for about two hours before Ms. Janiszak’s slip-and-fall accident, yet the hotel still had not contacted the contractor hired to treat the property’s road surface for ice and snow. It was this fact that the jury pointed to that led them to find the hotel negligent and, therefore, liable for Ms. Janiszak’s injuries.(1)