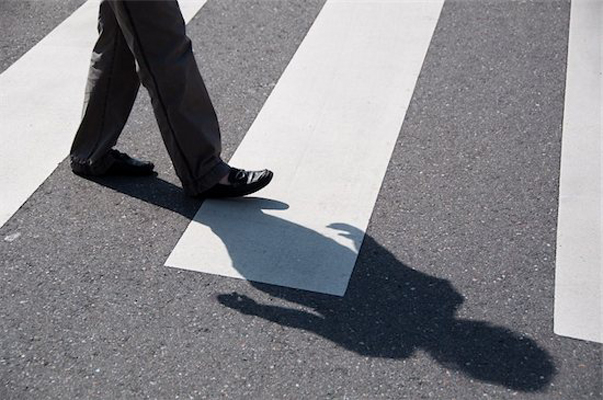 A recent study revealed that New Jersey’s senior population was more at risk than their counterparts in other states when it comes to being killed in a pedestrian versus motor vehicle accident. On the heels of this report, Somerset County announced ongoing efforts by three of its municipalities to make their roads safer for pedestrians in general.(1)

The study was announced by the Tri-State Transportation Campaign, a regional not-for-profit group that looked at pedestrian accidents nationwide for the period between 2003 and 2012, which accounted for about 47,000 pedestrian deaths. The study revealed that, in general, people 60 years old and over were more likely than those under 60 to be killed by an automobile. During the study period, 453 New Jersey pedestrian seniors were killed; that’s a rate of 2.85 seniors per 100,000 residents, compared with 2.23 per 100,000 residents nationwide. This indicates that New Jersey seniors are 28% more likely than seniors elsewhere in the country to be killed by a motor vehicle.(1)

Although the study did not delve into reasons for New Jersey’s higher senior citizen fatality rate, it was suggested that traffic and population density were contributing factors. During the period the study was conducted, New Jersey’s senior citizen population increased from 17.3% to 19.7%. While certain areas of New Jersey, specifically South Jersey, feature pedestrian-friendly communities for senior citizens, in most other areas they live under ordinary conditions, which include many arterial roads where cars travel at high speeds.(1)

To help ensure the safety of its pedestrians, New Jersey changed its related traffic laws in April 2010 to require motorists to stop and remained stopped at designated crosswalks until the area is clear of pedestrians. Prior to that, motorists were only required to yield to pedestrians in crosswalks. Failure to obey the crosswalk laws could result in fines of $200 plus court costs, 15 days of community service, insurance surcharges and two points against the driver’s license.(2)

State law also requires pedestrians to use designated crosswalks and obey traffic signals. Failure to do so could result in fines of $54.(2)

Recognizing that the State has a disproportionate share of pedestrian injuries and fatalities, the Division of Highway Traffic Safety offers assistance to county and local agencies seeking to develop pedestrian safety programs. These comprehensive programs contain enforcement, education and engineering elements and specifically target senior citizens, children and non-English speaking residents, which are considered the three high-risk groups.(3)

Just last week, Somerville, Raritan and Bridgewater, part of the Somerset County Regional Center, announced the installation of Driver Feedback Signs on major roads throughout their communities in response to increased awareness of speed limits and pedestrian safety. This project, which was introduced in 2013, calls for the installation of 12 Driver Feedback Signs within the three municipalities. To date, 10 of the signs have been installed, with the remaining two scheduled for installation upon completion of roadwork in the immediate area.(3)

Driver Feedback Signs are LED displays that show the speed of approaching cars and serve as a reminder to drivers to check their speed and slow down if necessary. They have been proven effective particularly in areas near schools and residential neighborhoods.(3)