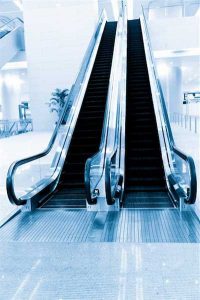 A New Jersey family recently filed suit against the Oxford Valley Mall and the Schindler Corporation, which operates the escalators at the mall, claiming the two entities were responsible for a 2014 incident in which the family’s young son was seriously injured.

According to reports, during a shopping trip to the mall in December 2014, the boy and his mother were riding the escalator when the boy’s foot became trapped between the step and the side panel of the escalator. It took emergency services personnel close of a half-hour to free the child’s foot and doctors later had to amputate the toes on the injured foot. The suit claims the boy was permanently disfigured and disabled and family members were traumatized as a result of the accident. For additional details, read “Parents sue after 7-year-old boy loses tows in escalator accident.”