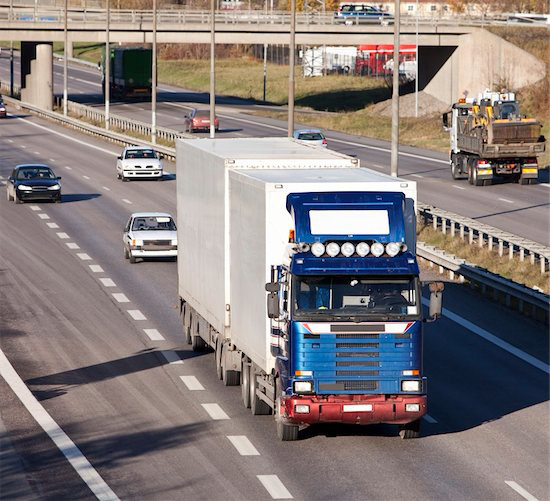 The recent accident on the New Jersey Turnpike that killed one and injured three others including comedian Tracy Morgan, has attracted both local and national attention as lawmakers debate the best way to improve the safety of our roads, particularly as it relates to truck traffic.(1)

This accident was not the only one to warrant this attention. Within days of Mr. Morgan’s accident, there were three other truck accidents in New Jersey, each of which claimed one life and injured several others. In fact, since 2009 fatal truck accidents have been on the rise, according to a study by the National Traffic Safety Board (NTSB). The agency noted that there were 3,921 deaths relating to truck accidents reported in the country in 2012.(1)

In New Jersey, however, the focus is once again mainly on driver fatigue. The Walmart truck that collided with the rear of Mr. Morgan’s chauffeured limousine was equipped with systems designed to avoid collisions, such as an interactive cruise control which automatically begins to brake when it senses slower traffic ahead, according to the company. Walmart stated the truck’s safety equipment also included blind-spot sensors and controls that limit the truck’s speed to 65 miles per hour. The driver, on the other hand, admitted to not having slept for at least 24 hours prior to the accident, according to New Jersey State Police.(1)

This is not the first time State lawmakers have addressed driver fatigue. In 2003, the State legislature passed Maggie’s Law which allows drivers who have not slept for more than 24 hours and are involved in an accident that results in someone’s death to be charged with vehicular homicide. The law was named after Maggie McDonnell who was 20 years old when she was killed in a head-on collision with a driver who fell asleep at the wheel. That driver was fined $200 in connection with the accident.(2)

Last July, rules were put into place on a national level relating to the truck drivers’ workweek. According to a spokesperson for the Federal Motor Carrier Safety Administration, a separate administration under the Department of Transportation, the rules limited the maximum number of hours per week truck drivers are allowed to work to 70 from 82 and provide drivers who reach their maximum number of hours within a week the opportunity to resume their routes after resting for 34 consecutive hours. That rest period must include at least two night shifts from 1 to 5 a.m. The rules also require drivers to take a 30-minute rest during the first 8 hours of their shift.(1)

The trucking industry pointed out these restrictions presented certain consequences that may not have been considered. One problem, they noted, is that forcing truck drivers to rest between the hours of 1 and 5 a.m. puts more trucks back on the road during commuting hours when the roads are more congested, thus increasing the risk for accidents. Another problem is that the mandatory break within the first 8 hour shift reduces a driver’s flexibility to plan his or her own breaks, which are often timed to avoid traffic congestion. Ironically, one week before Mr. Morgan’s accident, an amendment to roll back some of these restrictions was approved by the Senate Appropriations Committee for the purpose of providing the DOT time to review the impact they have on the trucking industry.(1)

In the wake of the recent truck crashes on the State’s roadways, both of New Jersey’s U.S. Senators Robert Menendez and Cory Booker plan to sponsor a bill that will repeal the amendment to relax the rules regarding truck driver work hours. Senator Booker is also requesting the DOT to review weight limits for trucks.(3)

According to a New Jersey State Police spokesperson, 35,000 trucks are inspected annually in the State and last year police issued in excess of 250 citations to drivers who logged too many hours on the road. Despite these numbers, State Assemblyman and Chairman of the Transportation and Independent Authorities Committee John Wisniewski believes the State needs to conduct more thorough inspections at its weigh stations, which are often closed due to budgetary restraints, and to provide more rest stops for long-distance truck drivers.(1)