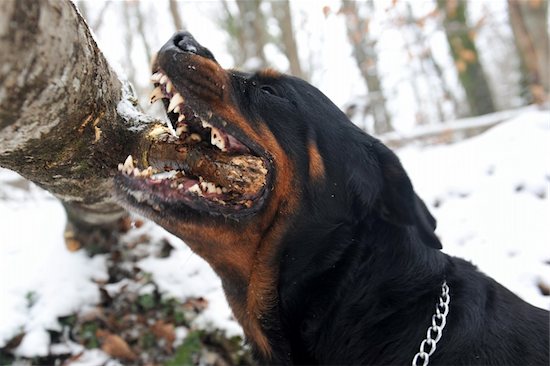 A week (in 2013, May 19 through May 25) has been named National Dog Bite Prevention Week and with good reason. Each year, close to 5 million people suffer dog bites, according to the Center for Disease Control. Most of those victims are children; mail carriers and senior citizens are also main targets. (1)

One major insurance company reported receiving 77 claims of dog bites and paying out more than $4.7 million in New Jersey alone last year, a number slightly up from the previous year. New Jersey ranks 16th among all states for reported dog bites for the past two years. (2)

The numbers are high in terms of both attacks and insurance claim payouts and exclude lawsuits against the dog owners to recover medical expenses and pain and suffering endured by the victims. When dogs attack, everyone suffers – the victim, the dog owner and even the dog. On May 18, two American bulldogs were shot and killed by police as they attacked a woman on a Plainfield street. (3)

Although certain breeds of dogs have gotten bad raps, any dog can attack under the right circumstances. (2) The American Veterinary Medical Association, along with the U.S. Postal Service and a major insurance carrier are making efforts to inform the public about the dangers of potential dog attacks and what steps can be taken to avoid them.

The first thing they advise is never leave small children alone with any dog, even the family pet. About 400,000 children are bitten each year and their injuries tend to be more severe than those suffered by adult victims. In fact, infants are 370 times more likely to be killed by a dog than adults. (1)

Other precautions to prevent your dog from biting children or adults include:
• Properly training and socializing your dog to get him/her accustomed to other people and animals;
• Keeping your dog leashed in public areas, which gives you greater control over the dog;
• Not allowing your dog to be in a position where he/she feels teased or threatened;
• Giving your dog time to get accustomed to a stranger before allowing that stranger to pet him or her;

• Getting your dog routine vet checks, as injured or sick animals are more prone to attack. (2)

To avoid becoming a victim of a dog attack:

• Always ask permission before petting someone else’s dog;
• Never approach a dog that is occupied with food, toys or treats;

Not every dog attack can be prevented. However, taking a few precautions can help reduce the number of attacks that occur annually and reduce the anguish felt by all involved.