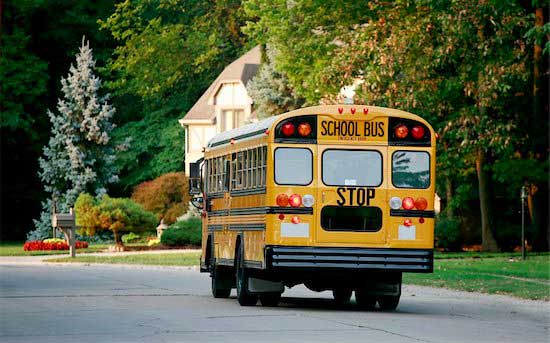 School may be coming to a close for the year but attempts are already underway to increase the safety of school buses for our children when they return to class next September.

This past school year has seen what appears to be a rash of accidents involving school buses:

• Last June, 39 Pennsylvania school children, aged 9 and 10, were treated for minor injuries after two of the four buses they were riding in were involved in a rear-end collision on Interstate 80 in New Jersey as the children were being transported to an outing at Six Flags Great Adventure. (1)

• In January, a commuter bus had an accident with a small school bus in Old Bridge, sending 19 people to the hospital for treatment; fortunately no children were aboard the school bus at the time of the accident. (2)

• In March, 12 people including 10 children were treated for injuries incurred when a school bus and car collided in Newark during the bus’ morning run.(3)

• In May, a school bus carrying third to fifth graders collided with a car in Burlington Township, sending seven students and the driver of the car to hospitals with injuries. The children were treated and released, but the car’s driver was admitted with serious injuries. (4)

• Last week a school bus carrying 23 students from Hunterdon Central High School ran into a car that had lost control and spun out in front of it on the Main Street Circle in Flemington. The driver of the car, who had suffered cuts to her hands and arms, refused medical attention, but the students were transported to the hospital due to the seriousness of the accident. (5)

Most of the accidents cited above resulted in only minor injuries to the children, but the results can be much different. According to a National Highway Traffic Safety Administration (NHTSA) report, 19 school-age children (on average) die every year in school transportation-related accidents. Of those 19 children, five are occupants of school transportation vehicles and 14 are pedestrians. (7)

New Jersey law requires children to be secured in car or booster seats or, after a certain age, in three-point seat belts, while riding in the family car. An increase in traffic on New Jersey roads is one contributing factor that calls for the same level of safety to be extended to school buses, according to Sen. Thompson’s proposed bill. The new requirements would take effect 180 days following passage of the bill. (6)