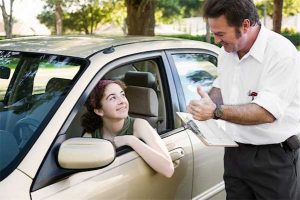 A recent report from the Governors Highway Safety Association revealed that the country has seen an almost 10 percent increase in fatal car accidents among teenage drivers this past year except in New Jersey where such accidents have actually declined. Could New Jersey’s graduated drivers’ license (GDL) program be the reason?

While all states have some sort of GDL program for teens, New Jersey’s system has some strict requirements. For one thing, any driver between the ages of 16 and 20 must first hold a learner’s permit before getting a probationary license that will last for at least one year. Elsewhere in the country, teens can opt out of their state’s GDL program by age 18. To learn more about how New Jersey’s GDL may be saving teen lives, read “More teens are dying behind the wheel – how NJ’s bucking the trend.”