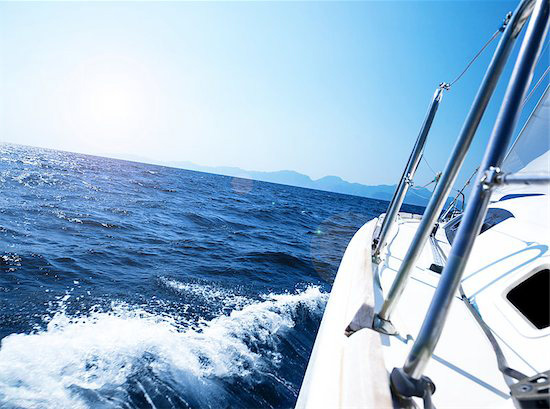 Memorial Day marks the unofficial start of summer – the season that draws many people to the water for recreation. Those whose warm-weather activities include boating should be aware of pending legislation that would increase the penalty for anyone leaving the scene of a boating accident in New Jersey waters. (1)

The proposed change, recently approved by the State Assembly’s Law and Public Safety Committee, would make it a second degree offense to leave the scene of a boating accident if the accident results the death of anyone involved. Second degree offenses are punishable by a prison term of five to ten years and/or up to $150,000 in fines. If the accident results in serious injury, leaving the scene would be considered a third degree crime punishable by three to five years in prison. Additionally, the proposed legislation would increase penalties for failing to assist injured parties at the accident. (1)

New Jersey law already requires the operator of a boat involved in an accident to stop the boat immediately and assist any injured parties as long as they can do so safely. The law also requires that operator to provide, in writing, his or her name and address and identifying information for the boat to the owner of any property damaged as a result of the accident. If the accident results in injury, death or disappearance of a person and more than $2,000 in property damages, operators of all vessels involved must file a complete accident report with the State Police, Marine Law Enforcement Station. Accidents resulting in death or disappearance must be reported immediately, while accidents resulting in injury or property damage in excess of $2,000 must be reported within ten days of occurrence. (2)

Boating in New Jersey falls under the jurisdiction of the New Jersey State Police Marine Enforcement Station. The jurisdiction of the U.S. Coast Guard, which also patrols these waters, extends to federally controlled waters. In order to ensure State and federal laws are complied with, officers from either agency have the right to stop and/or board vessels. It is against the law to refuse to follow the orders of a law enforcement officer on the water just as it is on land. (2)

The proposed legislation was spurred by a 2008 accident on Barnegat Bay in which one person died and two others were left injured. The operator of the other boat involved in the accident left the scene. That person was subsequently apprehended and convicted of certain charges in connection with the accident. However, law enforcement officials could not press charges for leaving the scene of an accident, because there was no such statute at the time. (1)

The proposed change brings New Jersey boating laws more in line with current motor vehicle laws regarding leaving the scene of an accident. Supporters of the proposed legislation suggest that laws regarding leaving the scene of an accident may be even more crucial to savings lives in boating accidents than in motor vehicle accidents since, in the latter, there is always the chance that someone else on the road could witness the accident and offer assistance to the injured. On the water, especially at night, this is less likely to occur. (1)

The report further disclosed that most boating accidents involved collisions between two vessels; however, capsizing or flooding of boats accounted for the most fatalities.

Lack of attention by boat operators, failure to keep a proper lookout, high speeds and mechanical failure are the leading contributing causes of boating accidents, the Coast Guard’s report points out. The fact that New Jersey enjoys a relatively short boating season resulting in more crowded waterways can also be a contributing factor to the accident rate in local waters. (3)

The latest proposed change is currently awaiting approval by the State Assembly. (1)