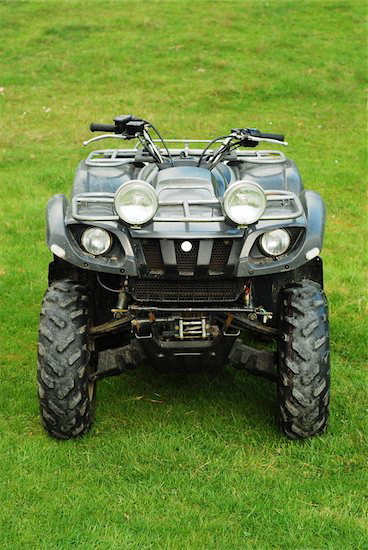 One Hunterdon County man was killed and another critically injured when the all-terrain vehicle (ATV) they were riding ran off the road in upstate New York last weekend. Tragic incidents like this highlight the need for the safety rules and regulations established for those who enjoy the sport of riding their ATV’s. (1)

In New Jersey, kids as young as 14 can operate an ATV. No permit or license is necessary, but the vehicle must be registered and insured. Proof of an up-to-date registration and insurance must be carried whenever the vehicle is being operated. Children under 18 must participate in ATV Safety Institute classes, unless they only ride their vehicles in special licensed events. (2)

There are also regulations regarding the power of the vehicles. Children under 16 may not operate a vehicle that has an engine capacity of more than 90 cubic centimeters while in training or on public lands or crossing public roads. In fact, such vehicle cannot be sold to anyone under 16. (2)

Even when all safety regulations are met, ATV riders face obstacles when pursuing their hobby, namely where to ride. Operation of ATVs is not allowed on public land or roadways in New Jersey. Part of the problem is the conflict between conservationists and ATV enthusiasts. According to the conservationists, ATVs tear up parklands and other areas where rare plant and animal species require protection. The vehicles, they claim, crush plants and stir up silt which, in turn, can interfere with nearby water quality. (3)

ATV enthusiasts argue that they, too, have a right to enjoy the outdoors in the pursuit of their pastime. While some turn to neighboring states like New York and Pennsylvania where they can lawfully pursue their interests, others ride illegally within the State. (3)

Attempts were made back in 2010 to help resolve the problem of illegal ATV riding. Legislators proposed increasing the fines for illegal off-roading and establishing a new registration fee, both of which would go into effect once the State designated at least one public riding site. One problem in finding such a site was that neighboring homeowners usually do not want the noise from these vehicles in their backyards. (3)

In January of this year, the first State-operated ATV park opened in Cape May County, and State officials are still seeking two more sites – one each in central and northern New Jersey. In order to use the designated site, operators must show proof of insurance and registration and the vehicles must be equipped with lights (both headlights and taillights), muffler, brakes and reflective material. (3)

Although some may balk at the rules for using legal State-designated sites, adhering to safety regulations can help avoid tickets and, more importantly, a potentially tragic accident.