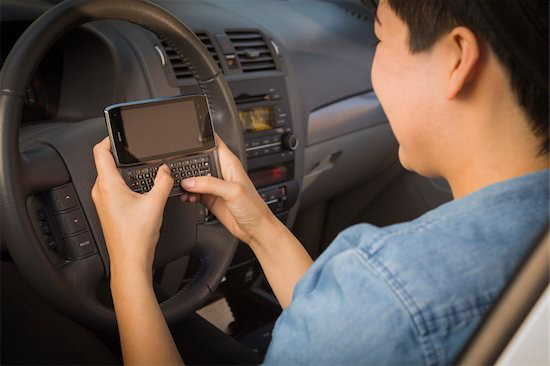 “License, registration and cell phone,” are words New Jersey motorists may soon hear from police responding to the scene of an accident if a newly proposed bill wins approval.

The bill seeks to give police the right to look through the phone’s call and message history without a warrant in order to determine whether or not use of the phone could be a contributing factor to the accident. The bill would allow a police officer to confiscate a driver’s hand-held phone after an accident resulting in death, injury or property damage if that officer has reason to believe the driver was operating the phone at the time of the accident. (1)

Much has been written lately about the dangers of distracted driving, with use of cell phones high on the list of distractions. A recent MSN article concerning which type of tickets most affect insurance rates stated that reckless driving was considered one of the biggest offenses leading to increase insurance rates. While it was noted that the definition of reckless driving varied by state, at least one state – Virginia – said it was considering categorizing texting while driving as reckless driving. (2) Recently New Jersey increased its penalties for drivers caught using a hand-held cell phone or texting while driving.

The National Highway Traffic Safety Administration said that driving distractions, including use of hands-free cell phone technology, accounted for 387,000 injuries and 3,331 deaths from accidents in 2011.(3) In New Jersey that same year 1,840 accidents were attributed to the use of handheld cell phones, according to the New Jersey Highway Traffic Safety Division. Those accidents resulted in 6 deaths and 807 injuries. (1)

To combat this trend, 41 states now outlaw texting while driving and another 11 states have prohibited all use of hand-held cell phones. (3) In New Jersey, texting and driving is now a primary offense, which means a police officer needs no other reason to stop you. Fines for this offense have been increased recently and now range from $200 to $800. It can also lead to a suspension of a driver’s license and three points against the license. (4)

Despite the above-mentioned accident statistics, there are still those who oppose the recommended bill, seeing it as an invasion of our right to privacy. Instead of allowing police to check cell phones without a warrant, they suggest the government does more to educate the public about the dangers associated with texting and driving. (3)

If the bill does pass, it will be a first. A previous attempt to pass a similar bill in Hawaii in 2009 was not approved. (3)