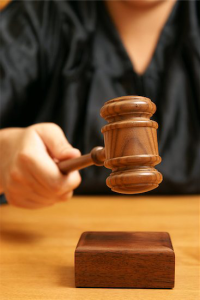 A Somerset County woman received a settlement of more than $1.6 million for injuries she suffered when hit by a falling ceiling tile while at the TGI Friday’s restaurant in the Blue Star Shopping Center in Watchung, NJ.(1)

According to reports, when a ceiling tile in the restaurant’s bar area fell, it struck the woman on the head and right shoulder resulting in injuries that required several surgeries. The incident occurred in November of 2010 and, reports stated, the woman continues to suffer from discomfort and pain as a result of her injuries. The case was settled earlier this month in a settlement conference heard in Somerset County Superior Court.(1)

Accidents resulting in injuries can happen at any given time. Determining whether you have grounds to file a personal injury claim depends largely on whether or not the accident resulted from the careless or irresponsible action of another party and if the accident could have been avoided had the other party acted appropriately.(2)

Personal injury lawsuits are civil complaints filed by an injured party against another person or entity, including a business or government agency, claiming that the accident resulted from the actions of that person or entity. Such lawsuits are usually heard in the State courts in the county where the accident occurred. Exceptions include cases where “small” damages, typically between $2,000 and $5,000, are being sought; or in cases involving parties who live in different states and damages that exceed $75,000. The former cases usually are heard in the small claims division of a state court, while the latter cases can be filed in federal district court.(2)

If you think you may have a personal injury case, it is important to collect all the evidence you can about the accident. Since complex cases can take more than a year to resolve, it is important to write down all details pertaining to the accident, including date, time and conditions surrounding the accident; retain records of medical treatment received, including dates and times of doctor’s visits or hospital stays; and record the names and contact information of any witnesses to the accident. Take photographs of conditions surrounding the accident whenever possible. Even after a claim has been filed, it is helpful to continue to record any new developments, including the daily impact your injuries may have on your lifestyle.(3)

Each state has different time limits for personal injury cases. The statute of limitations for filing most personal injury claims in New Jersey is two years from the date the injury was sustained. After that, the court can refuse to hear the case and you could lose your right to compensation for your injuries. If your claim involves a government agency or employee, New Jersey requires that you file a formal claim with the State government within 90 days of your injury. If the government does not attempt to resolve the claim within six months, you may then file a lawsuit. Again, the lawsuit must be filed within two years from the date of injury.(4)

Injuries sustained from motor vehicle accidents are also handled differently in New Jersey. Because of the State’s “no fault” system, any injury claims must be filed against the victim’s own insurance company unless the “serious injury” threshold is met.(4)