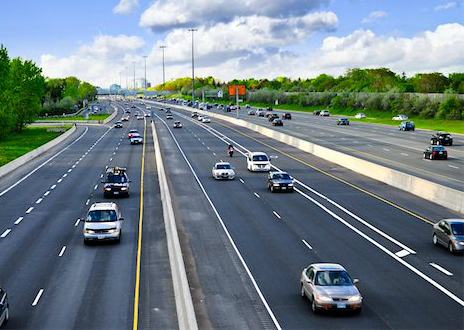 Drivers know that if they drive too fast they risk getting a ticket or, even worse, may cause a traffic accident. It would be safer to drive below the speed limit, right? Wrong. Driving below the posted speed limit could be just as dangerous as driving above it. In fact, the National Motorists Association references research that claims more accidents are caused by slower traffic than faster traffic. (1)

The problem with slow traffic is that it is not always obvious how slow is too slow. Occasionally, speed limit signs will post both a maximum and minimum limit; more often only the maximum allowed speed is posted. So, how slow is too slow? In general you are driving too slowly if you are traveling under the “normal speed of traffic” on that particular roadway. (2)

Last year, New Jersey police issued 4,233 tickets to slow moving motorists who failed to stay in the right lane. (1) While the right lane on most of our roadways is designated for “slower moving traffic,” it is not an invitation to travel at excessively slow speeds. Generally you can tell you are driving too slowly if at least five vehicles are lined up behind you; theoretically you can be fined for obstructing traffic. There needs to be proof that you were driving considerably below the posted or implied speed limit and, as a result, caused unsafe traffic conditions. (2)

Speed limits usually are set at a speed considered safe for traveling on a particular road. Driving too slowly on that road, however, can create safety risks as drivers following behind become increasingly more frustrated and attempt to pass under potentially unsafe or even illegal conditions. (3) If you are not comfortable increasing your speed to accommodate the faster moving vehicles behind you, you are legally required to pull over at the first safe opportunity and yield to the faster moving traffic. Many roads have turnouts for this purpose. (2)

There are potentially acceptable defenses against slow driving charges. Essentially you would have to prove that you were driving at a reduced speed, because conditions of the road or the weather at the time made it hazardous to travel faster. Some conditions that could make faster driving unsafe include construction, road damage, traffic conditions, snow, ice, flooding, and even sun glare. In order to prove this defense, the travel conditions would need to be documented; photos of those conditions could help prove your case. (2)

A defense against slow driving may be that you were unable to pull safely off the road to yield to the faster moving traffic.

– There may be no safe place available to pull off the road.
– You may have to go slowly to proceed over a pothole because the pothole cannot be avoided.
– You are preparing to make a turn.

– You are pulling a trailer which could not be accommodated safely in a marked turnout. (2)