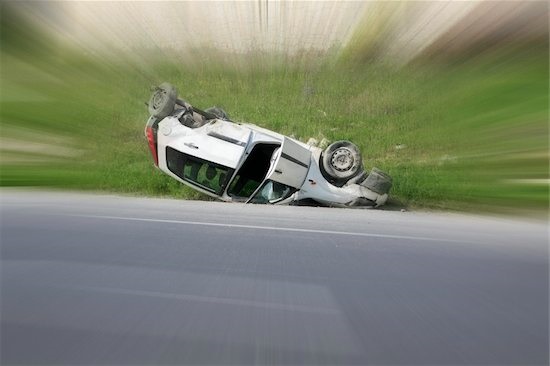 A New Jersey car dealership recently lost its appeal of a $5.5 million judgment against it in connection with a motor vehicle accident that seriously injured several members of a New Jersey family. (1)

According to reports, Roy Allen and several family members suffered injuries when the rear tire of their SUV blew out causing the vehicle to roll over on Interstate 95 in Virginia as the family was traveling to Florida on vacation in the spring of 2009. Just three days prior to that trip, Mr. Allen had the vehicle serviced at the Flemington Chevrolet dealership. (1)

In the fall of 2012, Mr. Allen’s estate (he had passed away from unrelated causes) and members of his family filed suit against Flemington Chevrolet, claiming the dealership was negligent in its service and that negligence was the cause of the accident. The jury hearing the case awarded the family $7.5 million in punitive and compensatory damages. The punitive portion of that judgment was later reduced to $3 million from $5 million, while the compensatory damages remained at $2.5 million, for a total judgment of $5.5 million. Flemington Car and Truck Country appealed that decision citing a flawless safety record for more than 30 years. (1)

Last week the Appellate Division of State Superior Court announced its decision to uphold the lower court’s judgment. In announcing its ruling, the Appellate Court stated that it found no cause to declare a mistrial of the original case. It further stated that judgment awarded by the jury was well within what is considered to be acceptable guidelines. (1)

At the time of the vehicle’s last service appointment, it was reported that Mr. Allen disclosed he believed there was a problem with the rear of the vehicle. Attorneys for the family claimed at the trial that the dealership never checked the rear tires during that last service appointment despite that being the first course of action recommended in the vehicle’s operator’s manual. The lawyers further stated that the service department had been aware of a bald spot on the affected tire discovered during a tire rotation in January of that year. (1)

Statistics on tire blowout-related accidents are hard to come by since no one agency is responsible for recording the data. However, the National Highway and Traffic Safety Administration (NHTSA) estimates that about 5.9% of accidents reported in 2002 involved tire blowouts. The NHTSA further estimates those accidents accounted for 400 fatalities. (2) Michelin North America, a tire manufacturing company, reported that tire blowouts contribute to 23,000 accidents a year, including 535 fatalities. (3)

Tire blowouts are fairly common occurrences that can be difficult to prepare for although proper maintenance can help. The most overlooked maintenance steps relating to tires are keeping them properly inflated and keeping an eye on their age. Over- or under-inflated tires present the biggest risk, with under-inflation being the more common problem. Studies have shown that tires under inflated by more than 25% of the recommended pressure level were more than three times likely to contribute to an accident. (2)

The NHTSA also reported that as tires age their materials begin to break down which could lead to tread separation. Although the Rubber Manufacturers Association disagrees with this correlation of the tire’s age and its performance, the NHTSA cautions that tread separation can cause a driver to lose control of the vehicle. (2)

When a tire blows out, the vehicle has a tendency to pull to the side of the blowout. The noise from the blowout combined with the pulling of the car can leave a driver panicked and unsure of what to do. Often the driver will try to overcompensate for the car’s pulling and either jerk the steering wheel or jam the brakes, both of which can lead to loss of control. (3)

The best course of action for a driver involved in a blowout, safety experts advise, is to accelerate gently to maintain the vehicle’s momentum. Once the vehicle is under control and out of the way of other traffic, the driver should then slowly decelerate or lightly brake to stop. (3)