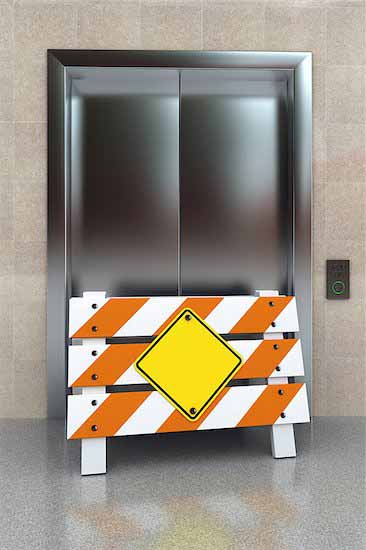 A New Jersey Superior Court judge earlier this month denied a motion for yet another trial in the case of a Sussex County carpenter who was injured in a 2005 elevator mishap as he was leaving work for the day. (1) This would have been the third trial of a lawsuit filed by the carpenter against the elevator maintenance company responsible for the upkeep of the elevator in which the injury occurred. Both previous trials ended in juries awarding multi-million dollar judgments in favor of the injured man.

The accident occurred on August 19, 2005, as Richard Tufaro, the carpenter, was preparing to leave work for the day. He boarded the elevator at Headquarters Plaza in Morristown to get to the lower parking level when the elevator malfunctioned, dropping two-and-a-half floors before coming to an abrupt stop. The force of the sudden stop allegedly threw Mr. Tufaro, who reportedly was wearing a tool belt weighing about 30 pounds and carrying a tool box weighing another 70, into the elevator panel. Testimony at the initial trial revealed that Mr. Tufaro suffered injuries to his neck, back, spine and shoulder as a result of the incident. He reportedly has been unable to work as a carpenter since the accident. (1)

The original trial, which was held in 2012, resulted in the jury awarding Mr. Tufaro and his wife approximately $4 million, (2) but that verdict was appealed by Schindler Elevator Co., the maintenance company responsible for the upkeep of the elevator involved with the accident. The company conceded that the elevator failed to operate properly, but refuted the claim that this failure resulted in Mr. Tufaro’s injuries. (3) They appealed the case on the grounds that the judge in the trial improperly charged the jury by neglecting to include a “proximate cause” on the forms for the verdict. (3)

At the appeal, which was heard in March of 2013, the court threw out the jury verdict, citing the trial judge’s error in not providing the jury with a complete verdict form. Often, when appeals result in verdicts being overturned, both sides will negotiate a settlement rather than incur the costs of another trial. That was not the case here, however. Instead, the Tufaros filed for a new trial. (4) At that trial, a second jury awarded them $8 million, almost doubling the initial verdict. That award now amounts to $10.6 million, which includes interest. (1)

The elevator company has now requested yet another trial due to what they claim was the “cumulative effect” of errors made by the judge and the Tufaros’ attorney during the second trial and claiming that the verdict was excessive. The judge in the second trial, however, ruled that the evidence presented as to the impact the accident had on Mr. and Mrs. Tufaro’s lives was credible and supported the jury’s verdict. (1)