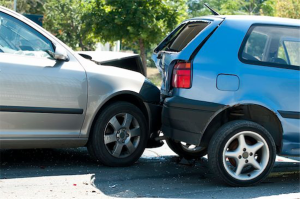 For decades now, parents have been told the safest place for their young children when travelling in a car is the rear seat. Due to a design defect, however, that might not be the case.

According to recent reports, safety experts have uncovered a problem with the design of the back portion of the front seats in some automobiles that can cause the front seats to break, resulting in front-seat passengers colliding with backseat passengers when involved in rear-end collisions. This has been known to result in serious – and in some cases fatal – injuries for children riding in the rear seats.

One automaker was recently hit with a $124.5 million verdict awarded against it by a jury in Texas in connection with a 2012 accident in which an 11-year-old boy died as a result of injuries suffered when his father’s driver’s seat broke, causing the father to collide head-first with his son. Car makers reportedly have stated that although the cost to correct this situation would be minimal, the design is intentional so that the seats can absorb energy from an impact. Safety experts, on the other hand, feel the design is dangerous and puts children at risk. To learn more about the controversy surrounding this potential hazard, see “ “No excuse”: Safety experts say this car defect puts kids in danger.”