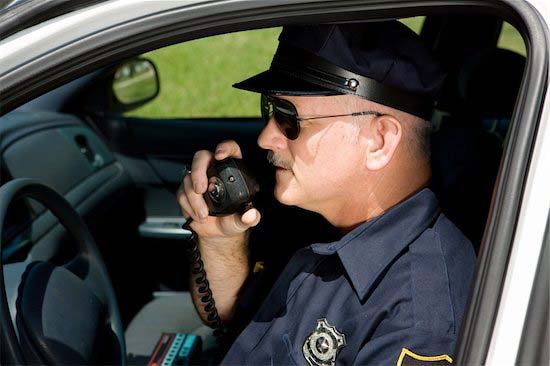 Police officials throughout the State are making efforts to ensure that holiday revelers stay safe this season by remaining sober when behind the wheel. The New Jersey Division of Highway Traffic Safety invested over $600,000 in this year’s “Drive Sober or Get Pulled Over” campaign, which will be enforced now through January 2, 2014.(1)

The Christmas/New Year holiday season usually sees an increase in driving while intoxicated (DWI) or driving under the influence (DUI) incidents. A person with a blood alcohol content (BAC) at or above 0.08% is considered intoxicated, however, even people with a lower BAC can exhibit slower reaction times as well as impaired vision, judgment and alertness, which can negatively affect their driving.(1)

Last year, 158 fatalities, or 27% of the total 589 traffic deaths in the State, were the direct result of DWI/DUI accidents. New Jersey has imposed hefty penalties for these offenses that often have long-term effects on a driver. Even first time offenders can face fines of as much as $500 and a suspension of their license for as long as one year, in addition to insurance and other surcharges which could amount to thousands of dollars. (1)

When you are stopped on suspicion of a DWI or DUI, the investigating officer generally will conduct a field sobriety test designed to assess your reflexes and ability to perform the type of multitasking necessary to safely operate a motor vehicle. These tests, however, are somewhat controversial because: (a) they are often conducted under less than ideal conditions; and (b) evaluation of the results is subjective.

Refusal to submit to any field sobriety tests is within an individual’s rights; however, doing so most likely will lead to arrest. (2)

Once an arrest has been made, the individual will be asked to submit to a chemical test, usually a breath or blood test but sometimes a urine test, to be performed at the police station or a hospital. There are regulations governing the administration of these tests which, if not followed, could result in the charges being dismissed. Such was the case in the recent drunken driving arrest of a retired New Jersey police captain who, it was reported, tested positive for a BAC above the legal limit. The State was unable to prove the results of the breath test, however, because the captain was allegedly left unattended while at the police station, which violates State law concerning the administration of such tests. As a result, the DWI charges were dismissed in exchange for a guilty plea to charges of changing lanes unsafely.(3)

While you may have the right to refuse a chemical test, the penalties for doing so are as severe as those when convicted of a DUI or DWI. Also, it is generally more difficult to defend against a refusal charge than a DUI/DWI charge, although not impossible. Recently, a Hunterdon County school administrator refused to submit to a breath test after being arrested for suspicion of drunken driving. Although the administrator was found guilty of DWI, charges of refusing to take the breath test were dismissed on a technicality. The defense argued that the warning statement police read at the time of the arrest was inadequate since it only warned her of the maximum penalties that could be imposed rather than all the possible consequences she could face for her refusal.(4)

Whether or not you can beat a drunken driving charge is of less importance than the life you can save by driving sober. While law enforcement agencies will be taking strides to stress that message this holiday season, motorists are urged to do their part as well.