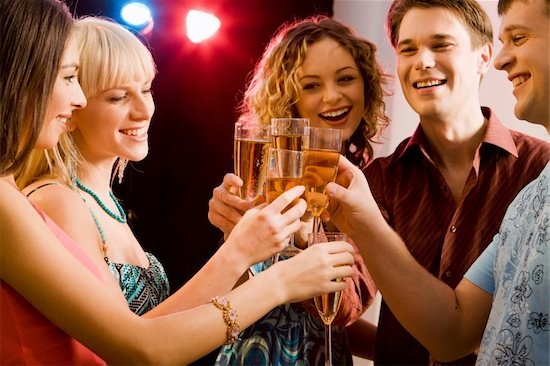 This past weekend, thousands of people who couldn’t make it to the Meadowlands held their own Super Bowl parties, but how many gave thought to their responsibilities as host? A number of problems could arise for which a host could be held responsible; some more obvious than others. Among those problems are:

If a guest falls and injuries him or herself on your property as a result of a condition of which you were aware of but failed to correct, you could be held responsible for that person’s injuries. Under the law, the person who occupies the property is obligated to take reasonable measures to ensure the safety of his or her guests. Those measures include removing or repairing hazards if possible and, if not, clearly marking the hazard and providing alternate access. (1)

Pet owners have additional responsibilities. Most people would agree that failing to take action to prevent others from being bitten by an aggressive dog constitutes irresponsible pet ownership and could subject the pet owner to liability. But even usually docile animals can be capable of unexpected behaviors if startled or antagonized. Because loud noises and sudden movements can provoke an animal to act instinctively, possibly injuring someone on your premises, it may be prudent to keep your guests and your pets separated. (2)

The consumption of alcohol on private property is one area that raises the most questions where responsibility and liability are concerned. New Jersey was the first state to adopt social host liability laws back in 1984 as a result of a court decision. (3) Today, a majority of states have similar laws which, essentially, establish the liability of hosts for injuries resulting from actions of their inebriated guests. (4)

Social host liability laws are more rigid when minor guests are involved, but also apply in situations involving adults who are visibly intoxicated. Similar to dram shop laws that pertain to commercial establishments that sell or serve alcohol, these laws hold the host responsible for injuries their guests sustain or cause as a result of their alcohol consumption, including injuries to third parties. In other words, the host of the party can be found liable for injuries to anyone involved in an accident caused by a guest who had been drinking at their party. (4)

A study published by the University of Missouri’s Institute of Public Policy highlighted the benefits and shortcomings of social host liability laws. Among the favorable effects are that these laws:

• make hosts more aware and vigilant about underage drinking;
• spell out parents’ responsibilities if another person’s child drinks on their premises;
• cut down on the availability of alcohol to minors (most underage drinkers admit to obtaining alcohol from their homes and the homes of their friends);
• reduce the number of fatal car accidents; and

• serve as a general deterrent to drinking and driving. (3)

Critics, on the other hand, argue that these laws detract from the responsibility of the people who consume the alcohol and believe people who drink and drive are more likely to continue doing so if they know someone else could be held responsible for their actions. They also point out the average person who hosts a friendly gathering, unlike a commercial entity in the business of serving or selling alcohol, lacks the expertise or the experience to judge what constitutes a safe level of alcohol. (3)

For both supporters and opponents, knowing the existence of these laws and their intent can lead to safer future celebrations.