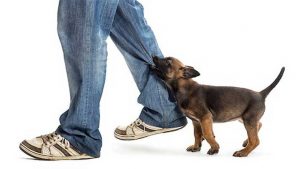 As cliché as it may sound, dog attacks on mail carriers are a real issue and one that is growing.

Each year the U.S. Postal Service releases statistics on the number of dog attacks against its carriers in connection with National Dog Bite Prevention Week (August 9 – 15). According to this year’s figures, there were 6,755 dog attacks against mail carriers in 2016, an increase of 206 from 2015. The good news is that the severity of the attacks appears to be on the decline according to insurance claims.

The reason behind this increase? It could have something to do with the rising popularity of online retail sales, which has led to a double-digit increase in package business for the Post Office. To learn more about this growing problem and ways in which you can keep from becoming part of it, read “Dog Attacks on Mail Carriers Rise Again as Online Sales Boom.”