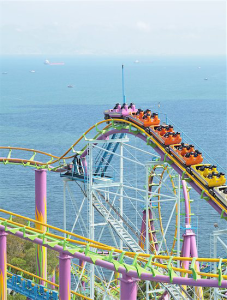 During the summer months, amusement rides can be found everywhere – at theme parks, on the boardwalk, at state fairs and local carnivals – attracting thrill-seekers both young and old. And every summer there are reports of people suffering injuries or being rescued from these amusement rides. These accidents can happen anywhere as confirmed by Foxnews.com’s recent article, “2 injured in California amusement park roller coaster accident,” which reported on amusement ride accidents stretching from California to Maine.

New Jersey, home to boardwalk amusement parks, multiple state and county fairs, and a major theme park, is not immune to such accidents, but it does take steps to help prevent them. An article that recently appeared on NJ1015.com reported on New Jersey’s rigid amusement ride inspection system and offered tips on what riders can do to further prevent injuries. For details, read “Are the amusement rides safe in New Jersey?”